Hundreds of migrant and U.S.-born Marshallese babies and children in Arkansas now have college savings accounts, as a result of a collaborative program involving the University of Arkansas School of Social Work, Arkansas Coalition of Marshallese, state agencies, and a major Arkansas foundation. The Arkansas 529 GIFT College Investing Plan accounts are managed by the Arkansas Treasurer's Office, which has also donated financial support. 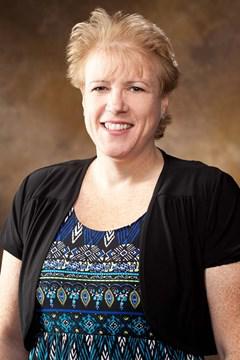 “We did some focus groups with the Marshallese community to see if they would be interested in child savings accounts,” Shobe says, “and, well, the response was overwhelming.”

Shobe and Murphy-Erby both research and evaluate savings programs for adults and children in traditionally underserved communities.

As many as 20,000 Marshallese may now live in the Ozarks region, legally allowed to migrate and live in the U.S. under a Compact of Free Association. The compact is compensation conveyed to the Republic of the Marshall Islands by the U.S. government for  conducting a decade of Cold War thermonuclear and hydrogen fission bomb tests on the Marshall Islands, starting in the late 1940s.

As a consequence, thousands of Marshallese children are now enrolled in northwest Arkansas public schools.  But not all of them will progress.

“There’s about a 51% graduation rate from high school among Marshallese children,” she says.

To inspire islander children to stay in school and plan for college, the Marshallese college savings account program was initiated two years ago with financial support from the University of Arkansas, Winthrop Rockefeller Foundation and the United Way of Northwest Arkansas. 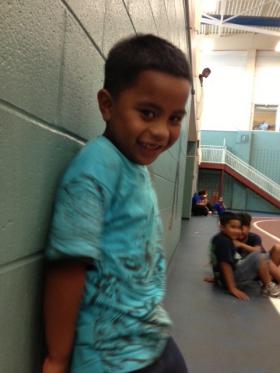 With assistance from the Economic Opportunity Agency, the non-profit Arkansas Coalition of Marshallese based in Springdale chose the investment tools.

“They considered banks and credit unions,” Shobe says, “but decided on the Arkansas 529 GIFT Fund. They wanted this because it would be placed in the child’s name, and that it could only be used for college education or trade school.”

The Arkansas 529 GIFT College Fund is invested in a Vanguard Index Fund, she says, and managed by the Arkansas Treasurer's Office – which is also pitching in.

The first accounts were set up last October, after Winthrop Rockefeller Foundation donated $20,000 to seed 200 $100 accounts. The United Way of Northwest Arkansas matched the amount, to provide financial incentive to Marshallese parents to attend financial education classes. In return parents receive $25 per class which is deposited in their child’s account, up to $100 each.

“Our whole goal is to have family members and community members invest in the 529 account.”

The public can also pitch in to offset costs. Donations to the Marshallese child savings account program can be made through the Arkansas Coalition for Marshallese.

The annual in-state tuition for a 4-year public college in Arkansas is more than $8,000 dollars, not including room, board and transportation, and $3,600 for community college, according to online tuition data. Children can also opt, when they come of age, to enroll in a vocational-technical institute or college.

“The majority of children signed up is between 0 and 12 years old,” Shobe says.

Marshallese parents, on average have 3 children, live in intergenerational families and as a community are exceedingly close knit, she says. 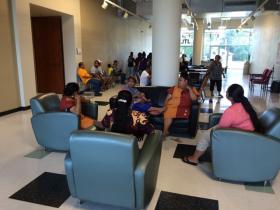 Shobe says she too comes from a low-income family, raised in upstate New York.

“There was no savings for college,” Shobe says. “I worked until I was 12 and all the funds I earned went to the family home to pay the mortgage and for food.”

She took out student loans to pay for school.

“And many of the Marshallese kids we hear are working as well," she says. "And like me, they often send money home.”

Unemployment in the Republic of the Marshall Islands, population 74,000, hovers around 36 percent, according to RMI economic data, spurring out-migration to the U.S., with many islanders coming to Northwest Arkansas to work, obtain health care, and educate their children.

Many start out laboring in poultry meat-packing and processing plants, eventually take jobs in local restaurants, retail stores, and medical centers. A growing number are also investing in small business, most which cater to Marshallese. 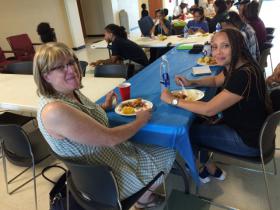 At a recent community celebration for the college savings plan in Springdale, Fressana Lawin says two of her three children are enrolled.

“I want them to finish their college,” she says, “and have degrees and can be at a better job. My son wants to be a police officer and my daughter wants to be a nurse.”

Lawin, originally from Utrick Atoll, downwind from the historic U.S. nuclear bomb testing, works as a community liaison with Arkansas Coalition of Marshallese.

Emma Willis, executive director of the Arkansas 529 Plan in the Arkansas State Treasurer's Office, says islander parents can do payroll direct deposits into their children's college savings accounty, investing into their future.

“The Gift Arkansas 529 Plan was designed for people in the low to moderate income space, and these are people who don’t see themselves as investors," Willis says. "We want them to understand investment products, what those do to help you make more money of the money you are working hard to earn, on a daily basis.”

To enroll in the accounts, families must be below 200 percent of the federal poverty level, she says.

Roselyn Clanry attended the celebration with her extended family. She has four children with college savings accounts now.

“Some of them, they want to be a doctor, and nurse, and a business man,” she says proudly.

“It combines financial literacy and education but more importantly starts the kids on the pathway towards a higher education in college,” she says.

Melisa Laelan, executive director of  Arkansas Coalition of Marshallese, which is overseeing the program, says a wait list has formed. 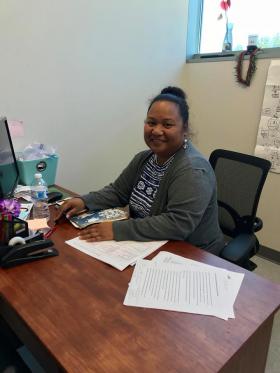 “It tells us that the level of interest is really high,” she says, smiling. “And I think that this is very new approach to our community and very easily accessible.”

Back in the Republic of the Marshall lslands, public school is compulsory, with more than 15,000 children enrolled.

Only a fraction, 1,300 data show, go on to attend the College of the Marshall Islands or the University of the South Pacific campus on the RMI.

In northwest Arkansas, 21 Pacific Islanders, which include Hawai'in students, attended the University of Arkansas last year, with 85 enrolled at Northwest Arkansas Community College in Bentonville.

But as the Marshallese college savings accounts mature, those numbers should rise.