Winter is approaching, and tens of thousands of Middle Eastern refugees, fleeing political and religious persecution, languish in tent encampments in Western Europe. Clint Schnekloth, a pastor at Good Shepherd Lutheran Church in Fayetteville is worried. Earlier this year, he petitioned the U.S. State Department to open a Lutheran-church sponsored refugee resettlement agency in Northwest Arkansas to help.

What prompted him was a tweet he read late last year by Arkansas Governor Asa Hutchinson, opposing a White House plan bring an additional ten thousand Syrian refugees into the U.S.  “Governor Hutchinson said due to concerns about state security he wouldn’t allow a large resettlement to happen in Arkansas,” Schnekloth says.

Catholic Charities Immigration Services in Springdale is the only federally sanctioned group  allowed to accommodate refugees in Arkansas. Because of funding and staffing limitations, Catholic Charities can only resettle a few refugees in the state each year (10, 7, 7, and 13 the last four years, respectively). 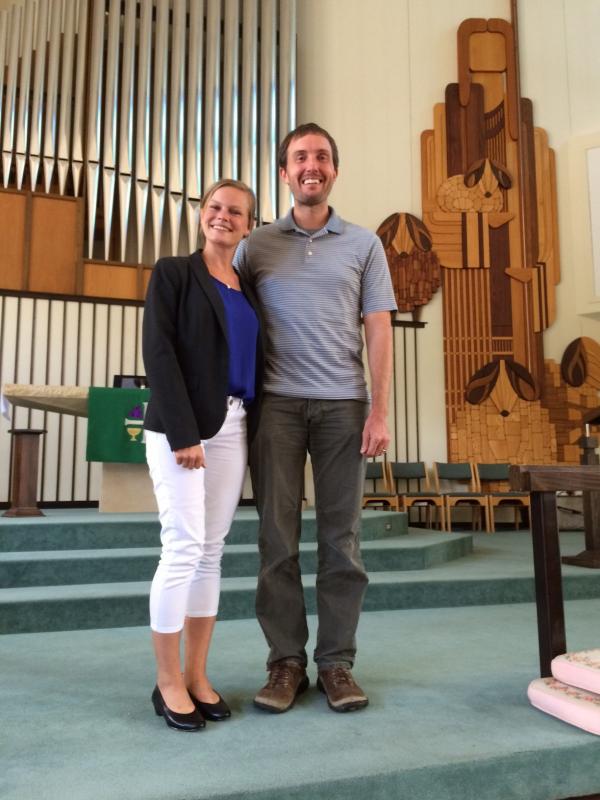 While volunteering with Catholic Charities, Schnekloth witnessed protestors picketing the office and sending emails alleging its efforts are akin to “importing” terrorists.

“But there were also other messages,” Shnekloth says. “Messages asking, ‘How can we help? How can we resettle refugees?’”

To do it, Shnekloth had to petition Lutheran Immigration and Refugee Service (LIRS), the second largest of the nine national resettlement organizations in the U.S., to become a LIRS affiliate in Arkansas. LIRS in turn petitioned the U.S. State Department. Today, Canopy has received provisional approval.

“We are looking for apartments to accommodate incoming refugees in Fayetteville and Springdale,” she says, “although we would like to resettle refugees all over northwest Arkansas.”

For now, Canopy plans to resettle refugees within a 50 mile radius of Fayetteville.

“Once declared,” Crane Linn says, “refugees are given three durable options. One is being sent back home, but only if conflicts have quelled. Two is remaining in place in that host country and seeking a path to citizenship. The third option is resettlement,” wherein refugees become citizens without the same path to citizenship required of legal immigrant.

Presently 28 countries in the world accept refugees for resettlement including the United States.

And if a refugee agrees to being resettled in the U.S., Crane Linn says the entire vetting process resets.

“Security agencies run your name through a litany of databases,” she says.  “CIA, NSA, and FBI all get their chance to check you out.”

If cleared, they are assigned to one of the nine U.S. resettlement agencies, which match them to one of 300 culturally suitable host destinations. Canopy is right now compiling a demographic profile of northwest Arkansas “so that LIRS knows which refugee cases we might be best equipped to help assimilate,” Crane Linn says.

Northwest Arkansas over the past two decades has grown increasingly diverse with growing Hispanic, Marshallese, and Indian American populations, and Crane Linn says that “while we are not seeking out any type of ethnic or religious refugees, we do see this as an opportunity to increase diversity in Northwest Arkansas.”

Canopy  is breaking stride with Springdale’s Catholic Charities office, she says, which by law is only allowed to resettle refugees with family connections in Arkansas. Canopy is classified to accommodate so-called “free cases,” individuals with no family in the state.

As word spreads about Canopy and a potential influx of refugees in the area, residents have expressed concerns to both Crane Linn and Schnekloth about terrorist infiltration, “but we explain to them that the U.S. refugee relocation process is exceptionally scrutinizing,” Crane Linn says.

Plus, she says, Canopy has received support from Northwest Arkansas county and city government officials, advocacy groups—and even the governor of Arkansas who conducted a site visit last June.

“Initially Gov. Hutchinson thought this was about a national refugee agency coming into northwest Arkansas,” says Clint Schnekloth.” But we explained otherwise and convinced him that northwest Arkansas is a great and safe place to welcome new people to America.” 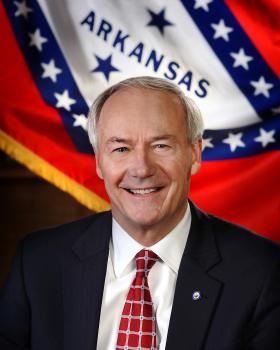 “Plus,” says Pastor Schnekloth, “We fed him pie.”

The governor says he’s on board.

“I was delighted to meet with them,” Hutchinson says, “primarily to have an exchange of information. During this process of President Obama bringing more refugees into the U.S., the federal government is working closely with nonprofit organizations such as Canopy rather than state governments.”

Arkansas has its own refugee resettlement office directed by Dave Mills.

Still, the governor, a former undersecretary in the U.S. Department of Homeland Security, has concerns because Canopy, unlike Catholic Charities, will be allowed to resettle refugees with no family ties in Arkansas, “and that’s why I’ve advocated any refugees coming from a territory with a history in terrorism have a more in-depth vetting process.”

With provisional approval by the U.S. State Department, Canopy’s board and staff are working with municipal housing authorities, have hired an employment specialist and met with local industry and retailers who promise to provide jobs. They’ve consulted with medical providers and transportation agencies, as well as school leaders.

Refugees are subsidized by the federal government for 90 days. That’s why Canopy is also seeking grant funding and dedicated community support to assist refugees’ financial needs, if necessary, after three months.

Canopy itself is compensated by the federal government per refugee, but the government requires matching community support.

“And that’s by design,” says Crane Linn. “They want the community to have a lot of buy-in.”

Given the refugee crisis in places like Greece and Turkey, the nine U.S. refugee resettlement organizations petitioned the White House to ratchet up the number allowed into the U.S. from 85,000 to 200,000 next year. On September 14th, the Obama administration agreed to 110,000, a 30 percent increase from two years ago. 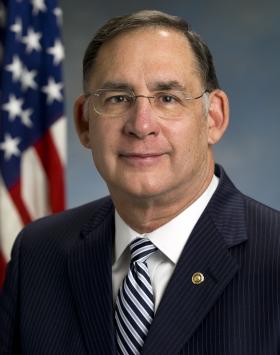 By October 1st, Canopy should know if it can begin resettling refugees in Fayetteville, this December.

“The number one responsibility of the federal government is national security,” Boozman says. “The head of the FBI and our top intelligence officials have also stated great concern.”

The Senator says security agencies, try as they might, don’t really know where refugees are coming from.

“I’ve had the opportunity to be in Turkey and Jordan to visit refugee camps firsthand,” he says. “And it’s simply impossible. ISIS [The Islamic State of Iraq and Syria] says it is infiltrating refugee groups coming to Europe and the United States. I think the security risk outweighs everything else, so I am opposed to it.” 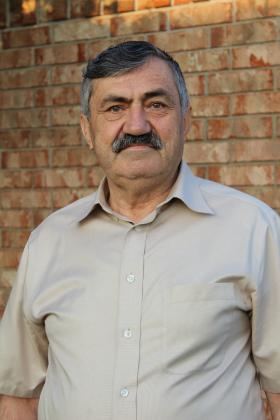 He, his wife and his daughter fled Iraq to avoid persecution by Islamic State insurgents. They are Orthodox Christians.

“I would have been killed,” he says. “Killed, unless I became Islamic.”

His son, a translator for the U.S. Army, was already living in Fayetteville, so Faez Arso, his spouse and daughter were also allowed to move to Arkansas.

Another son is in Germany, in a refugee camp. They would like to bring him to Fayetteville one day as well, reuniting the entire family.

“I don’t have any idea” about the Ozarks region “before I came, but now I am very excited.”

The once prosperous chief railway electrical engineer continues to search for a suitable job. His family, he says, lost everything. Their home and possessions, and perhaps most importantly, their careers. But they are nearly all together now, and safe. Their new life begins in Springdale, Arkansas.