Clintons Return To Little Rock A Moment Of Pride For Couple, Capital City

Election night 1992 brought a horde of people to the steps of the Old State House in Little Rock, where Arkansas Gov. Bill Clinton, along with his wife and daughter, and Tennessee Sen. Al Gore and his family, were waiting. Just after midnight, Nov. 4, the party stepped out onto the portico.

Moses was 43 then. He considers the Clintons friends, but not in a way that's any more intimate than many business and civic leaders in the capital city. 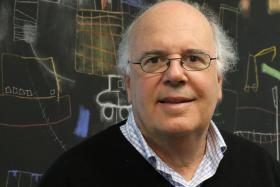 Since 1992, the trajectories of both the First Couple, and the state of Arkansas and the city of Little Rock have climbed higher than many expected before that night in November, even immediately thereafter.

Tomorrow, Bill and Hillary Clinton return to Little Rock for a celebration and reflection back 25 years ago on the national campaign to put an Arkansas governor in the White House. They'll be joined by chief campaign architect James Carville for a Q&A at the Statehouse Convention Center.

Moses says in the early 1990s, before the election, interested developers like him huddled up with Little Rock civic and business leaders and tried to create a downtown master plan called, alternately, The Diamond Center or Project 2000, that would have been anchored by a new arena.

"That all failed, but from the night of that failure, which was in 1991, actually, the Clinton election gave us newfound energy as a city," Moses said.

In the mid-1990s the five-story downtown library was built. The River Market, featuring a music amphitheater (and repurposing historic buidlings) went up. After the Clinton Presidential Center was built in the early 2000's,  (some of it repurposed historic buildings) a number of tall hotels were built, as well as the twin high-raise condominiums along Third Street. 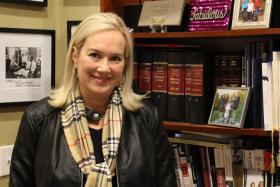 "I think President Clinton had a vision," said Stephanie Streett, who directs the Clinton Foundation and oversees the presidential library. "First, he always said that he would have never, ever been president without the support of the people of Arkansas. So, that was one of the reasons he put the center here. He spent 12 years here as governor. He felt a big debt of gratitude to the citizens."

The second point she made is that Clinton wanted the library to be a cultural and educational fount the likes of which Arkansas young people hadn't previously had the opportunity to experience. Today, it's the site of a traveling exhibit about Nelson Mandela's time imprisoned on Robben Island.

Meanwhile, the Clinton School of Public Service has graduated hundreds of Masters' degree holders from dozens of countries around the world — alongside dozens of homegrown Arkansans. Its speaker series has flown in 11 former and current heads of state — Liberian president Ellen Johnson Surleif is set to visit in December — 23 Pulitzer Prize and six Nobel Prize winners, and 45 ambassadors.

In 2013, astronaut Buzz Aldrin generated the largest crowd of any speaker at nearly 2,700; the Clintons Q&A with Carville is expected to exceed that.

But Streett says there's another legacy President Clinton left behind: a large group of Generation X Arkansans that suddenly had a pipeline to Washington, took advantage of it, and have teased astonishing careers from the chance.

Streett herself asked then-Gov. Clinton in 1991 if she could work on his national campaign for president, before such a campaign was even begun. Ultimely, she was appointed a White House scheduling coordinator.

"One of my favorite examples is Chad Griffin. He actually was the youngest person to work in the White House, has literally changed our country for the better as the director of the Human Rights Campaign. I think he was 19 years old, maybe, when he worked in the White House as Dee Dee Myers assistant answering the phone. Now, I think he’s been responsible for some of the most dramatic changes in our country that should have been made years ago, but he had the background and experience, you know, from working in the White House, and in other jobs, to set this in motion and carry this across the finish line.

"To me, Chad is like a hero from the Clinton Administration." 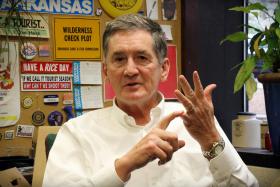 Longtime Arkansas tourism director Joe David Rice says, along with the physical development of the city and the Arkansans who rode Clinton's coattails to Washington, there's something else the Hope-native did.

"You know, when I first got this job, we were still suffering from the effects of Bob Burns and Orval Faubus. In many ways we had a terrible image," he recalled. "People just had an awful impression of Arkansas."

Today, the tourism department's homepage has a "Billgrimmage" itinerary: more than two dozen stops in four cities around the state — Hope to Hot Springs to Fayetteville and Little Rock —  that visitors can make, including museums and walking tours and restaurants Clinton considered favorites. 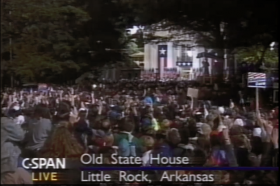 "If you look at Clinton, he was not born with a silver spoon in his mouth. He was really the product of a dysfunctional family who managed to achieve the highest office in the land through his sheer wealth of intelligence and drive and ambition. I think a lot of people looked at that, and it resonated with people. He was in many respects one of them."

While the city, the state of Arkansas and the nation progressed in greater measure throughout the Clinton era of the 1990s, the political fallout of first the White House sex scandal and subsequently Hillary Clinton's two unsuccessful campaigns for president has been likewise well-reported.

Many Democrats, like Little Rock's own mayor, Mark Stodola, believe Arkansans hold Bill Clinton in high regard, despite today being one of the nation's most conservative and Republican states.

"You’ve got a few people on the far right, such as the state senator who tried to rename this airport, trying to push a dissonance politically that didn’t ring true." 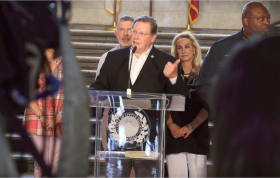 Earlier this year state Sen. Jason Rapert (R-Bigelow) introduced a bill that would have retroactively prohibited the airport from renaming itself after living people. The legislation failed.

But at every level of state government, up to and including the state' six-member congressional delegation, is Republican. The shift began after the Clinton era, a time, too, when Republicans nationally saw congressional gains.

"I think it will be a while before you see the balance equal out between Democrats and Republicans here in this state now."

Stodola was Clinton's scheduler and aide for his first national race, for Congress in 1974. Stodola was in law school at the University of Arkansas; Clinton lost by less than four percent. Subsequently, Stodola helped Clinton campaign in New Hampshire in 1992 as a member of the "Arkansas Travelers."

Asked if he expects to see another Arkansan elected president, perhaps the state's junior Sen. Tom Cotton (whom some national media outlets have considered a contender, should the party mount a primary against its sitting leading), Stodola laughed and said 'no.' At least, not in his lifetime.