In December, Governor Asa Hutchinson issued a memorandum to Col. Bill Bryant, director of Arkansas State Police as well as to state prosecutors declaring that the open carry of a handguns is protected by law and allowed, except for unlawful use and in certain restricted places. The governor wrote that the purpose of his guidance was to resolve confusion regarding the state’s gun possession law, amended five years ago.

The statute, as written, however remains open to interpretation.

Act 746 of 2013 amends Arkansas's code regarding the legal possession of loaded handguns and other weapons in certain places. As soon as the law took effect that summer, gun enthusiasts from Jonesboro to Van Buren strapped on their holstered pistols and headed to the streets to stage “open carry” walks to prove it was no longer a probably cause for arrest.

Arkansas’s amended 2013 gun law states that visible loaded weapons can be carried without risking a misdemeanor offense by individuals on private property or businesses that permit it, but not certain public property. Visible loaded weapons may also, of course, be carried at work when such employment is law enforcement, corrections and some security details. Finally, weapons may be carried while hunting or engaged in sport. Carrying a loaded gun while “on a journey beyond the county in which the person lives” is also permitted. While that infers vehicular travel, "journey" is not clearly defined in the law.

Hutchinson's memo, first reported by the Arkansas Times, points out that the words “open carry" — a term adopted by gun-rights advocates —do not appear anywhere in Act 746.

Such opinions from a state's attorney general carry weight with local prosecutors and police, but as the governor pointed out in his directive,  Act 746 can be interpreted differently depending on jurisdictions.

It was incumbent on the executive branch, he wrote, to address the matter, given the state Supreme Court has not yet taken up a lower court open carry case. Hutchinson also wrote that no open-carry citations, to his knowledge, have been issued by Arkansas state troopers. 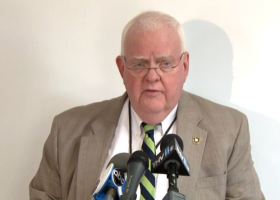 “What the governor was saying and what Col. Bryant has reiterated with troopers is that there are provisions in the Arkansas law for a law enforcement officer to consider the totality of the circumstances that that officer may see, witness, or information that has been gathered from a reliable source,” Sadler says. “So there is a provision to approach an individual who may be carrying openly to try to discern what purpose that individual may have with regard to the manner in which the weapon is being carried or what their intent may be.”

Sadler says local jurisdictions may continue to enforce Act 746 according to certain local ordinances, and certain businesses may post signs barring it.

Laurent Sacharoff, a professor at the University of Arkansas School of Law who specializes in criminal law and statutory interpretation says the confounding language in Act 746 is intentional.

“Legislatures do this all time" when trying to reach some sort of consensus, he said. “In this case, however, it may have been some legislators wanted to legalize open carry but didn’t want to advertise the fact that the language may accomplish that.” 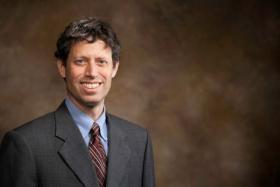 Sacharoff, who wrote an opinion piece on the passage of Act 746 in 2014, says the Arkansas legislature could clarify the statute, but that it's more likely the state judiciary that will eventually decide.

“So, ultimately, it’s up to a court to say whether this revised misdemeanor law does in fact legalize open carry. And at some point the Arkansas Supreme Court will say yes or no.”

For now, Sacharoff says, individuals accused of illegal open carry could lean on several legal defense mechanisms, the first being the “Mistake of Law Defense.”

“Meaning that even if this law criminalizes my conduct, I was mistaken about the law based on the Attorney General’s opinion saying that the law legalizes open carry,” Sacharoff says, possibly leading to judicial test case.

But there’s another judicial doctrine regarding Arkansas’s gun statute called “Rule of Lenity.”

“The Rule of Lenity is a principle the courts use if a statute is ambiguous; then the tie goes to the defendant in the sense that the court will simply say we are interpreting this statute to legalize open carry because it's ambiguous and that’s the more favorable interpretation for the defendant."

Since the Governor's December guidance was issued, no celebratory open-carry rallies or marches have occurred in Arkansas. Come spring, open-carry enthusiasts may start walking en masse in the streets again, bearing their firearms openly.

Agencies, however, have taken note. On January 18th, the Arkansas Game and Fish Commission was the  first to announce approval of a regulation change to allow people to openly carry a handgun for personal protection while on any wildlife management area or Commission-controlled property or lake. Previously, only individuals with valid concealed carry permits could do so.