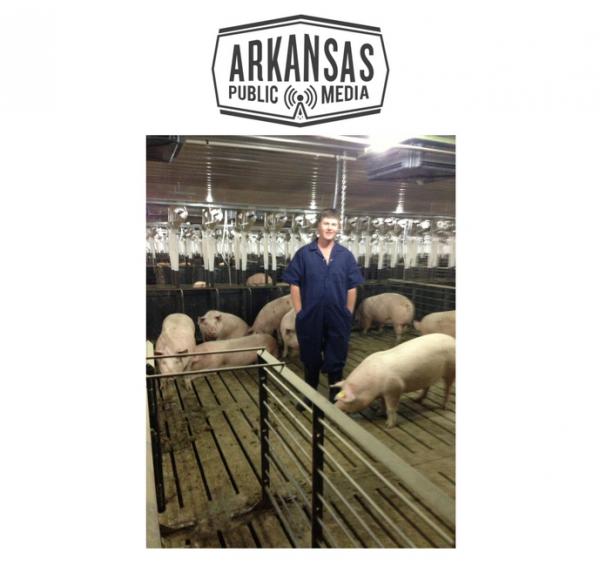 This report has been updated to reflect a recent regulatory filing.

The Arkansas Department of Environmental Quality late Wednesday denied a new permit to C&H Hog Farms, the state's largest industrial swine breeding facility to maintain operations in rural Newton County. Opponents of the swine farm constructed in 2013 along Big Creek, a major tributary to the Buffalo National River, claim the farm is gravely polluting the watershed and have fought for five years to shut it down.

C&H Hog Farms was granted its first federal-level Concentrated Animal Feeding Operation, or CAFO, permit in 2012 by the Arkansas Department of Environmental Quality to house 6,500 breeding sows, piglets, and boars.  The swine also produce millions of gallons of hog waste annually, which is flushed into nearby sewage lagoons. Tanker trucks periodically suck up the liquid waste to spray on nearby hay pastures as fertilizer. 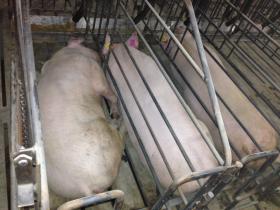 When farm owners Jason Hensen, Richard Campbell and Phillip Campbell applied for a new state-level operating permit in the spring of 2016, they were required to furnish key documents and data to ADEQ. Almost two years later, the agency announced it had denied a permit renewal request.

An ADEQ spokesperson would not comment for this report, saying the decision is now under final review. But in a notice of final permitting decision posted online, the agency states the farm failed to provide critical geologic, groundwater, soils and other testing records.

Gordon Watkins, president of the Buffalo River Watershed Alliance based in Newton County, which seeks to shut down the farm, says the grounds for ADEQ's decision to deny the permit were unexpected.

“We were surprised to some extent that they did deny the permit, based on issues that we’ve been harping on for five years, including lack of site investigations done before the permit was ever issued in the first place.”

The original permit failed to designate the farm’s terrain as sensitive karst topography where swine waste spread on pastures can leach into ground and surface waters. The state-funded University of Arkansas Division of Agriculture Big Creek Research Team, which has continually monitored the farm’s environment both upstream and down over the last five years, documents only background concentrations of pollutants similar to other Ozarks watersheds. 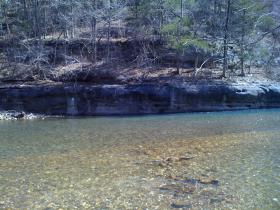 “What we’ve seen is huge algal blooms in tributaries and Buffalo River river, and high E. coli levels, a contaminate which will make you sick if you ingest it and in some cases, it can kill you. And we’ve also found really low dissolved oxygen." 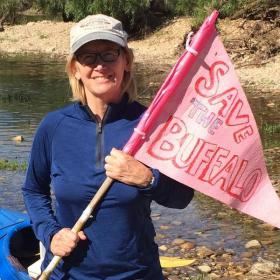 “I believe these are all signs that the river is dying," Turk says. "It's in serious trouble and much of this started after C&H started spreading manure on fields very close to Big Creek which drains into the Buffalo.”

During the permit public comment period, more than a 1,000 comments were submitted to ADEQ, says Gordon Watkins, along with many thousands more since the factory farm opened, sent to by concerned citizens in Arkansas and across the nation. He's now calling on ADEQ to block all CAFO operations on the Buffalo National River Watershed.

“The current temporary moratorium which is in the hands of ADEQ director Becky Keogh can be made permanent at any time. And we would encourage her to go ahead and move quickly to implement a permanent moratorium  to assure permanent protection for the Buffalo River.”

William Waddell, a Little Rock attorney who represents C&H Hog Farms, who declined to comment for this report, filed a motion Thursday to Arkansas Pollution Control and Ecology Commission to stay ADEQ's decision. The owners have thirty days to submit the necessary paperwork.

C&H Swine Farms is under contract with integrator, JBS US Pork, which supplies the farm with breeding sows and boars. What legal and financial assistance, if any, the wealthy meatpacker might deliver to C&H Hog Farms operators as it fights to remain open is unclear. In the meantime C&H Farms is planning to build another, larger swine breeding CAFO, this one on flood-prone bottomlands of the Arkansas River Watershed in Johnson County, which is also meeting strong opposition. As of this report no permit request for the facility, located near the community of Hartman, has been submitted to ADEQ.