Officials say after an internal investigation it has been determined that the medical records of more than 19,000 veteran patients from across the country treated at the Fayetteville VA will have to be externally reviewed for errors.

Sen. John Boozman called the news conference after he and his congressional colleagues were informed late last week that a Fayetteville VA physician had, possibly for years, conducted delicate tissue biopsies and issued medical diagnoses while intoxicated. All but Sen. Tom Cotton attended.
U.S. Rep. Bruce Westerman (R-Hot Springs) described the situation as a colossal system failure.
“Not necessarily because the system itself is flawed," he said. "There were quality control stopgap protocols in place to stop this level of failure but even with proper procedures in place, systems fail and can lead to the most undesirable results. According to our briefing we already know a family in our district lost a loved one because of an improper diagnosis, and there are many more cases yet to be evaluated.”
Rep. Steve Womack (R-Rogers) quickly acknowledged all veterans who've recieved treatment at the facility may be affected by the news.
“Today’s disclosure will be chilling news to the thousands who use the facility," Womack said, "and while we are here to explain what has happened, it is vitally important for those veterans affected to understand what is being done to notify, counsel and treat those who may have been affected.”
Womack says the delegation was briefed last Thursday by the Department of Veterans Affairs Office of Inspector General about the impaired pathologist. 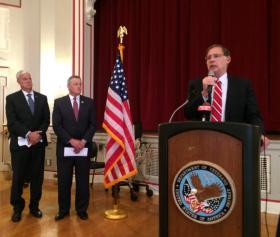 Kelvin Parks, interim director of the facility's medical center, provided a timeline of events, starting with the hiring of the pathologist, whom he declined to identify, back in 2005.

“A Veteran Health Care Systems of the Ozark pathologist was found to be impaired on March 22, 2016. The pathologist was immediately removed from clinical care. Prior to the incident this veteran employee had no previous disciplinary actions, and was deemed an excellent candidate for the impaired physician program.”
Parks says the physician completed treatment and was placed back into clinical care on October 12, 2016.
“On October 13, 2017, one year later, this same VHCSO employee was reported to leadership regarding reports of possible impairment.”
The physican was assessed by the VA's Internal Employee Health division, Parks says, deemed unsafe to work and was terminated.
An internal review involving over 900 patient cases revealed nine misdiagnoses. Those findings have triggered a larger investigation, Parks says, requiring a team of 30 independent pathologists, some VA-employed, some civilian, to review all tissue biopsies, medical record interpretions and diagnoses made by the impaired pathologist from October of 2005 to October 2017, a total of 19,794 cases. Of those cases,  5,250 veterans are now deceased. Only one death so far is possibly linked and is under investigation.
Official letters are being issued this week to all affected patients and their families, Parks says. Once the independent review is complete, flagged cases will immediately be followed up. 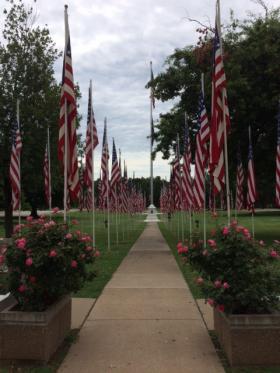 “We’re treating this like a national disaster," Parks says, his voice quavering.  "I still have to run the hospital so we’ve called in additional resources to help us through this.”

The process will take several months, he said.

Boozman lauded the Fayetteville VA medical center as a top-ranked institution, citing dedicated staff.
“Sadly, today we have a tragic situation," Boozman said.  "We have failed, but our congressional delegation is united in taking care of veterans who potentially have been impaired.”
In a subsequent press release, Boozman stated, "The alleged gross negligence by a physician charged with caring for our veterans is a disturbing revelation and a clear failure to uphold the Department of Veterans Affairs mission to the men and women who served our nation in uniform. The errors and reckless actions of this former VA pathologist put the health of our veterans at risk and will not be tolerated."
Officials say a town hall meeting will take place at the Fayetteville VA in two weeks to address concerns.  The Veterans Health Care System of the Ozarks provides care to more than 53,000 veterans in Arkansas, Oklahoma and Missouri.