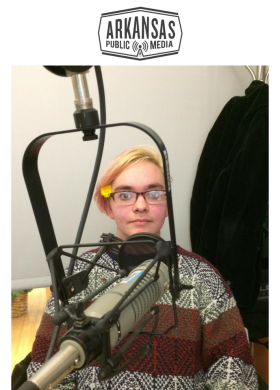 Seventeen-year old Daniel Montgomery was born a girl but by age eleven knew he's a boy. He's always stood up for himself at school. He's bravely agreed to come forward to talk on the radio about what it's like growing up transgender in Fayetteville's public school system. But first, we discuss that pink tinge in his dyed blond hair?

“Oh that," he says. "That's way faded. I want to dye it half red, half blue but that’s so time consuming."

Things are hectic for this high school senior with graduation on the horizon and getting ready for college. He wants to study art and German. He plans to teach high school someday. But right now he's being forced, he says, to reckon with the Trump administration's revoking of federal protections for transgender public school student school accommodations — for example bathroom and locker rooms. Montgomery, of course, prefers to use the boys restroom. And on rare occasion, he says, he's hassled.

“I’ve gone into a stall and heard a group of guys say, ‘Hey! Did you see that girlboy come in here?' That’s horrifying. That's extremely scary to me, especially, you know, then, is it safe to exit? Are they going to let me leave? Are they going to wait for me?”

“That's when I starting to realize I wanted to look similar to the guys I knew and needed approval," he says. "I didn't feel comfortable referring to myself as a girl.”

He took the name Daniel.

He also didn't feel comfortable using little girls' facilities. This is six years ago, before transgender civil rights was widely being discussed. At first he would sneak so no one would see. But then one day he was accosted by some junior high boys during a fire drill.

“We were told to line up in the restroom. So I went to the boys bathroom. That's when a boy pointed at me and said, 'Danny's in the boys restroom!' I stuttered, then said, 'I know where I am!'”

Daniel Montgomery is among an estimated 350,000 transgender youth and young adults in the U.S. according to the Williams Institute, an LGBTQ think tank at the UCLA Law School. In a 2015 survey, 77 percent reported being verbally harassed or physically assaulted. The American Association for Suicide Prevention says more than 40 percent of transgender and gender non-conforming adults attempted suicide, compared to four percent of cisgender Americans. 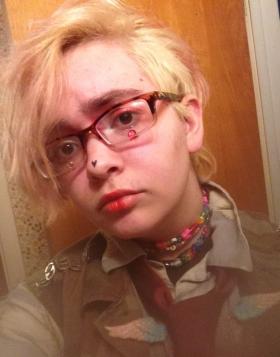 Last May, the U.S. departments of Education and Justice under the Obama administration released joint guidance to publicly funded schools to protect transgender students from discrimination. The guidance explained that when students or parents notify districts of a child's transgender status, those schools are obliged to treat the student consistently with their gender identity. If institutions do not, federal funding would be cut.

This past February, the Trump administration withdrew the guidance, leaving it up to states and school districts to decide. Historically, schools are compelled to comply with Title IX, a 1972 amendment to the U.S. Higher Education Act of 1965, which prohibits sex discrimination in federally funded public education. But while gender is listed, transgender is not.

Still, more than a dozen states provide specific legal protections for transgender students, as do certain school districts, but not Arkansas. Fayetteville Public Schools, where Daniel Montgomery goes, posts an online student policy handbook which states that harassment and threats based on race, religion, disability, sexual orientation or gender identity are prohibited, and if committed, are subject to strict disciplinary measures.

"I am grateful," Montgomery says. "I’ve never had a problem at Fayetteville High School.  They’ve never said anything about anything. And I hope everything will stay the same.”

Montgomery says by his count as many as 20 transgender and gender non-conforming students attend Fayetteville High School. When queried last year, just after the new federal guidance was issued, Principle Chad Scott said faculty have always "taken care of all our students." In an email for this report, he stood by that statement.

To get a sense of the reaction among districts statewide, we contacted the Arkansas Department of Education. A spokesperson responded via email only saying that no guidance would be issued to state public schools regarding Trump's withdrawal. The Arkansas School Boards Association declined talking on tape. But Richard Abernathy, director of the Arkansas Association of Educational Administrators did.

“As far as school administrators in Arkansas, they have really continued doing what they have done for years," Abernathy says, "and that’s to try to make sure that all students feel safe and secure in coming to school.”

Noah Meeks, treasurer of the Transgender Equality Network based in Fayetteville, says the Trump administration's rejection of transgender-specific civil rights sends a signal.

“Communicating clearly that there is a lack of support for the safety and well-being of transgender students,” he says. 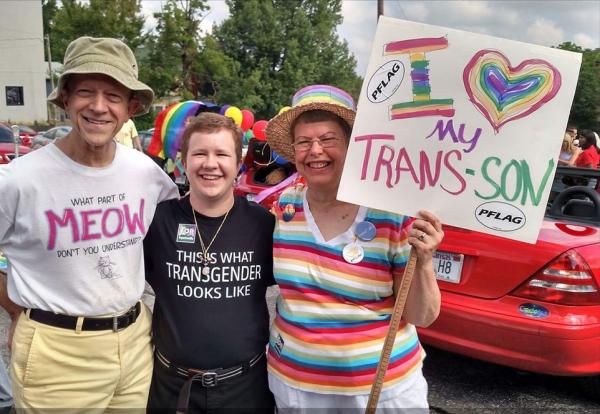 Noah Meeks came out as a trans man a decade ago, so he understands the complications of coming out and the need to legally protect transgender youngsters.

“It creates a climate in which people are less likely to feel they have support when they think of coming out or disclosing their transgender status, especially people just starting through that awkward phase," he says. "Kind of in-between both worlds, not fitting into society."

When the Obama Administration's transgender public school student guidance was issued last May, Arkansas Attorney General Leslie Rutledge led a 10 state coalition challenging it. The Attorney General was unavailable for comment on Trump’s reversal for this report, but in a press statement she says the guidance is  “an attempt to force a liberal, outrageous social agenda on school-age children.”

Last August, a U.S. District Judge in Texas issued a nationwide injunction prohibiting the federal government from enforcing the directive, leaving Arkansas school districts in a holding pattern. North Carolina is the only state so far to specifically restrict public school facilities access to transgender students. It requires them to use bathrooms and locker rooms that correspond to the sex listed on their birth certificates, an issue which the U.S. Supreme Court is supposed to take up later this month. The decision to hear the case, however, may be vacated given Trump’s reversal.

Of the more than nine million LGBTQ Americans, according to the Williams Institute, roughly 700,000 Americans both young and old identify as transgender. Of those, the Williams Institute found nearly three quarters report being denied access to public accommodations, verbally harassed or physically assaulted.