Under the Environmental Protection Agency's Regional Haze Rule, states that didn’t meet air quality and visibility goals risked triggering federal controls. But now, the EPA is steadily giving control back into the hands of states.

Arkansas's plan, which is awaiting final approval, calls for one of its largest coal-fired plants, the White Bluff plant in Redfield, to stop burning coal within the next ten years.

"Natural gas is really cheap right now because there’s a big supply, and we expect that supply to be there for a long time."

Entergy's usage of White Bluff and its Independence plant in northeast Arkansas dropped in 2015 as natural gas prices steadily declined, according to a spokeswoman.

Castleberry says about 10 percent of Entergy Arkansas's total power production comes from its two coal-fired plants. About two-thirds, he says, comes from Arkansas Nuclear One near Russellville. 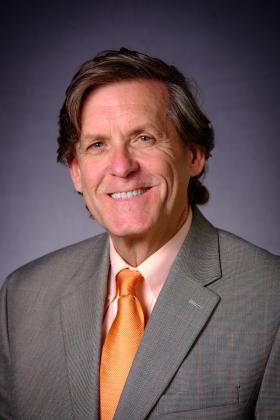 Arkansas has four coal-fired plants in total, but Entergy Arkansas owns the largest stake in the two biggest producers. Its Independence plant, along with White Bluff, have a capacity of over 3,000 megawatts combined.

The federal haze plan, which is currently being replaced by the state plan, called for federally-owned lands like national parks to have normal visibility conditions by 2064. That meant cutting down on the most common causes of haze, emissions of nitrogen oxides and sulfur dioxide from coal plants.

The federal plan mandated installing "scrubbers" that control sulfur dioxide emissions at both White Bluff and Independence. But the new state plan doesn't require scrubbers at either plant. Castleberry says that would have cost billions of dollars, and could have impacted Arkansas’s third-in-the-nation cheapest energy prices.

"Absent that, we'd have to invest a lot of money, which would drive rates up. But… we're still in compliance with the rule, the regional haze rule from the EPA, and ADEQ has proposed that."

"We're 100 percent behind it, we fully support it," Castleberry said of the new state haze plan.

At nearly 40 years, Castleberry says both White Bluff and Independence wouldn't be generating power long enough into the future to pay for the cost of sulfur dioxide scrubbers, roughly $2 billion.

Glen Hooks with the Arkansas Sierra Club says it's reassuring that utility companies now have a bigger incentive to move toward cheaper, cleaner power sources like solar, where prices have fallen by almost half in the past five years.

"Even our state’s biggest coal producers and coal burners — that's Entergy and the Arkansas Electric Cooperatives — are building solar farms in Arkansas at utility scale," Hooks said. "They're importing hundreds of megawatts of wind from our neighbors, and they're starting to rely more and more on the fact that clean energy is affordable."

Hooks is disheartened, though, that coal will keep burning at both plants for the next ten years. Castleberry says Entergy will eventually decide the fate of the Independence plant.

The EPA is expected to approve Arkansas’s final haze rule by early next year.