Springdale resident Melisa Laelan caught the mumps last November from her kids even though she and her children were vaccinated. Her case is not unusual, one of 2,421 in Arkansas. What is unusual is that nearly half of all cases nationwide are in Arkansas. 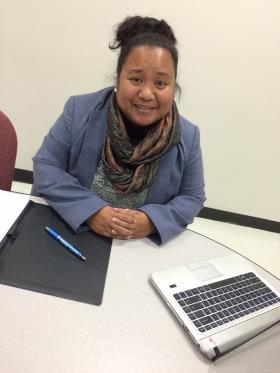 “It was miserable,” she says. “I experienced severe pain on the side of my neck. You can’t swallow anything because if you do it hurts.”

The inflammation in her salivary glands caused her jaw to swell. She had fever and aches. The illness lasted ten days.

“This is an epidemic,” says Dr. Dirk Haselow, state epidemiologist with the Arkansas Department of Health. “Our normal case count is 3 or 4 a year. And a majority of our cases are among the Marshallese.”

Between 8,000-12,000 Marshallese migrants have settled in Northwest Arkansas: better employment and educational opportunities. Melissa Laelan is Marshallese. She serves on the Arkansas Minority Health Commission; she's also a court interpreter and local civic leader. She was a U.S. soldier for more than a decade.

“So I was updated on all my shots," she says, "including the mumps, so I still got it. So the question is why?”

Public health officials won't give a reason for the Arkansas outbreak, which has spread to the central part of the state. It's still officially under investigation, but the Arkansas Department of Health has ruled out resistant mumps strains, leaving the specter of vaccine immunity. 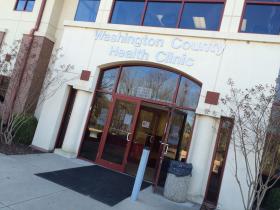 “What we’ve learned from this outbreak is that immunity from the mumps component of the MMR [Measles-Mumps-Rubella] vaccine is temporary,” says Dr. Dirk Haselow. “There appears to be vaccination waning of protection over 5-10 years. So people who are vaccinated as a child are unlikely as adults to be fully protected, especially if intensely exposed to mumps.”

And that would account for high mumps rate among the Marshallese. Intergenerational living in close quarters is a characteristic of Pacific Islander families. Unfortunately, it's conducive to the virality of mumps, which is spread through sneezing, coughing, sharing of utensils--and kissing.

The U.S. Centers for Disease Control and Prevention also stipulates that the two-dose mumps vaccine protect only 88 percent of the population exposed to the virus.

Sixty-five percent of mumps cases in Arkansas involve children. Ninety-one percent had received their first innoculation as toddlers and their second early in grade school. 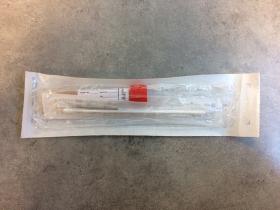 “We don’t think that recommendations for MMR vaccination need to be changed,” Haselow says. “But we need to consider whether the length of immunity from the MMR vaccine is shorter than we previously thought, and if there are specific population groups that need different recommendations.”

The first mumps vaccine was licensed in 1967. Forty years later, the disease had all but disappeared. The first major outbreak in modern history occurred 10 years ago in New York. Late last spring, a number of U.S. university campuses reported small outbreaks.  Today, seven states are reporting cases, from Illinois to Texas, although the rates elsewhere are far lower than Arkansas's.

The Arkansas Department of Health Clinic in Washington County has been swamped for months with people sick with the mumps. Nurse Sandy Hainline Williams, who also directs a Marshallese outreach health clinic in Springdale, says the first cases came through in late August. 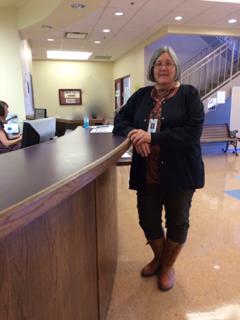 “First I freaked out,” she says. “Then I discovered we didn't have enough test kits. We thought we were only going to see maybe a few people, but it turned out to be much bigger than that.”

The incubation period for mumps is around 20 days. And once you catch the virus Sandy Hainline Williams warns antibiotics are not effective.

“We advise taking over-the-counter ibuprofen, Tylenol or naproxen for fevers and pain,” she say. "And to stay home for five-to-seven days. And if you go out in public wear a mask to stop transmission, because the mumps virus is spread through saliva.”

Mumps morbidity is low, according to the U.S. Centers for Disease Control, but complications can occur among older teens and adults which may include hearing loss, inflammation of testes or ovaries, and in rare cases, meningitis and encephalitis. According to the CDC, adults born before 1957 have natural immunity against the mumps.

“Because this is unusual and because vaccine is the only tool in our toolbox, we are in limited settings, recommending a third dose [of the] vaccine.” 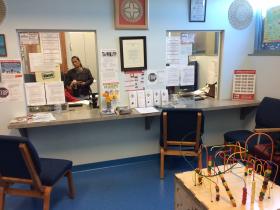