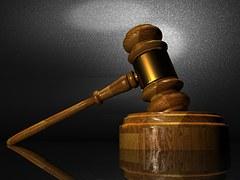 This is press release from Jonesboro Attorney Bobby McDaniel:

(Jonesboro, AR) -- Monday, Judge John Fogleman entered a judgment in the total amount of $150,000,000.00 against Andrew Golden, a/k/a Drew Grant, and Mitchel Johnson for the damages resulting from the March 28, 1998, mass shooting at Westside Middle School near Jonesboro, AR.  Golden and Johnson were ages 11 and 13 at the time of the shootings.  After sounding a false fire alarm, the defendants ambushed teachers and children evacuating the school.  Fifteen people were shot.  Five people lost their lives that day: teacher Shannon Wright and students Natalie Brooks, Paige Herring, Stephanie Johnson and Brittney Varner.

The wrongful death suit that resulted in today’s judgment was filed in 1998, but due to the defendants’ age, incarceration, name changes and leaving the state, “it took until today for the families of those who died to tell the court what this act of evil has done to impact their lives,” said Jonesboro Attorney Bobby McDaniel, attorney for all five families.

Neither defendant appeared in court today, and the plaintiffs have no reason to believe they will ever actually collect any money.  “If either of them tries to sell their story for a book or movie deal, or wins the lottery, this judgment means they can’t get rich without paying these families first,” McDaniel said.

Pam Herring, mother of Paige Herring, said “this effort was never about any money for us.  We had to honor our loved ones and tell the court how much it hurt to have them taken from us, even all these years later.  We also hope something can be learned from their depositions which may help prevent a similar incident in the future. We all appreciate the support from the Jonesboro community and from around the country.”

Since being released from prison for the shootings, Johnson was arrested on unrelated charges and sent to federal prison.  He was located this year in Texas.  Golden was found to be living in Missouri living under the assumed name of Drew Grant.