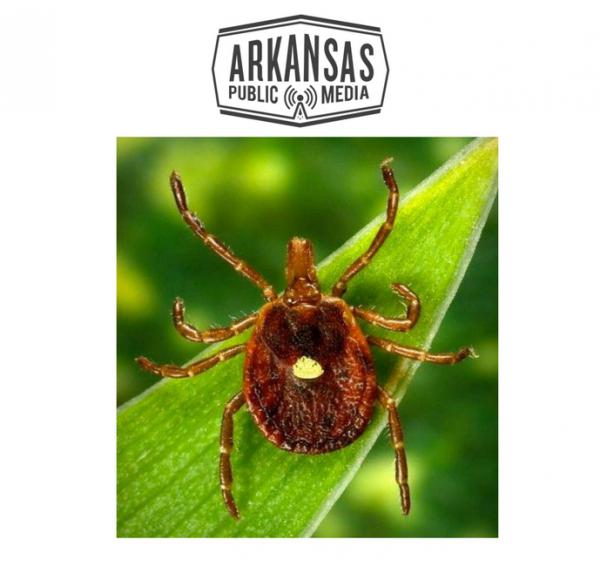 Summer vacation season is heating up with residents venturing into woodlands to hike and camp, but danger may be lurking in the forest, in the form of infected ticks.

Arkansas has some of the highest rates of tick-borne illness in the country. And this summer a new disease has been confirmed by state health officials: the Heartland virus, so-named because it’s spreading across America’s heartland.

The Heartland virus was first detected eight years ago, in Missouri, after two farmers were hospitalized with a mysterious debilitating illness.

“It’s a flu-like illness with fever, joint and muscle aches, and not having an appetite. Heartland also seems to have diarrhea and nausea associated with it.”

Patients can become anorexic, experts say. Among 20 confirmed cases so far, one death has occurred. The health department, which monitors tick-borne illnesses, says the Heartland virus is spread by a particular tick.

“The Lone Star tick," Weinstein says, "one of our most common ticks in this part of the country, which is easy to recognize because the adult has a white spot on its back.”

It also carries bacteria that may cause Rocky Mountain Spotted Fever, the most prevalent tick-borne disease in the state. Ehrlichiosis, Tularemia, Anaplasmosis and Lyme disease have also been confirmed. But unlike other tick-borne diseases, the Centers for Disease Control has no diagnostic protocol for the Heartland virus.

"Because it is a virus, there isn’t any treatment other than supportive care. And so a lot of people are hospitalized because they are fairly ill." - Dr. Susan Weinstein, Arkansas Department of Health veterinarian.

“Heartland is diagnosed only thru CDC right now,” Weinstein says, “because there isn’t a commercial test available. So CDC is doing a study to validate the tests they’ve developed so it can be standardized and made commercially available. But first it will have to pass FDA approval.”

FDA approval may take years. Weinstein attributes the low Heartland virus case count due to a lack of commercial diagnostic testing. She says the state’s first case, which occurred in northwest Arkansas, was reported by a local physician to the state health department which then reported the case to the CDC.

Just how many states are affected has not yet been revealed but Heartland cases have been reported in Missouri, Oklahoma, Tennessee and now Arkansas. And there is no treatment for Heartland virus, Weinstein says.

"Because it is a virus, there isn’t any treatment other than supportive care. And so a lot of people are hospitalized because they are fairly ill."

The Arkansas Department of Health warns that individuals who work or do activities outdoors are at risk.  Preventative measures include using insect repellents, wearing long sleeves and pants outdoors, avoiding woodlands and grasslands, and performing thorough tick checks after spending time outdoors.