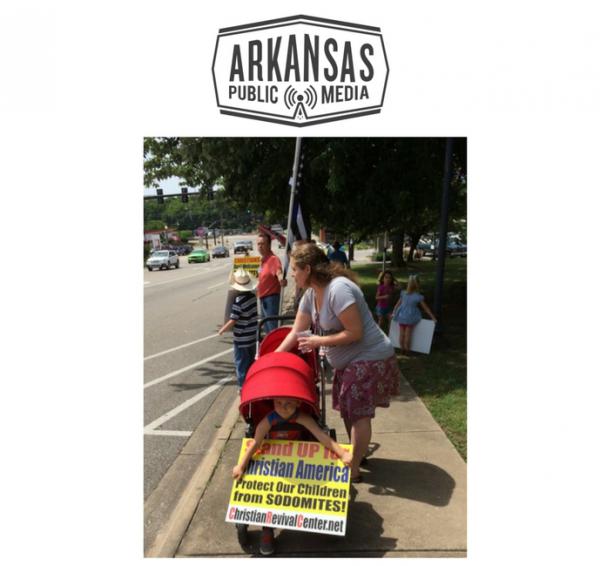 Several toddlers huddle under an oak tree on the Harrison town square pretending to burn something.

Their parents stand a few feet away, with roughly 60 other Ku Klux Klan members holding placards as a gay pride parade goes by. The air vibrates with chants and counter-chants, some of the anti-LGBTQ shouts vulgar. The Klan protestors follow the pride procession for several blocks, converging on a local park where parade members are staging a small festival. Protestors are barred from the gated event so take up positions around the perimeter. Many are mothers pushing infants in strollers, children and teenagers, as well as single women, all members of the Christian Revival Center, operated by Pastor and Ku Klux Klan leader, Thomas Robb. 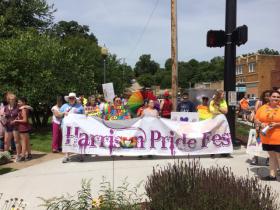 Robb is director of the Knights Party of the Ku Klux Klan, headquartered in Zinc, Arkansas. He calls the pride event an abomination.

“This brings destruction to the family," he says. "Be it sodomy or miscegenation, we feel both of those bring danger to the existence of our family and existence to white people," he says, "and they bring about white genocide.” 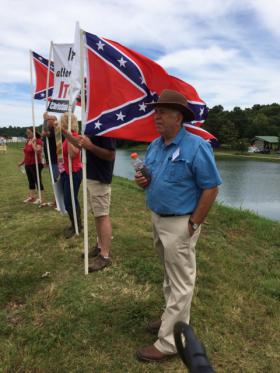 Robb is here with his daughter, Rachel Pendergraft, a national organizer of the Knights Party of the Ku Klux Klan.

“But I’m also a mom and gramma, with eight grandchildren,” she says proudly.

All the grandchildren are with her today. Pendergraft allows it because she was raised in the Klan, absorbing the ideology from her dad and attending Klan protests. She insists the Knights Party is not about hate.

“I do speak for family values," she says. "Our organization has always been very progressive and forward-thinking.”

“What a lot of people don’t know is that Little Rock was the headquarters of the Women of the Ku Klux Klan," he says.

Lancaster, editor of the Encyclopedia of Arkansas History & Culture, has a PhD in Heritage Studies from Arkansas State University. He’s also a lead author on racial violence and racism in Arkansas. He says after it was founded, the Arkansas women’s Klan caught fire.

“Just five months after its founding in June 1923, it had chapters in all 48 states and a membership of a quarter-million women.”

Lancaster says the women's movement within the Klan emerged in lock step with Prohibition.

“In the South, in particular, women Temperance activists painted black men’s access to liquor as a particular threat to their virtue, using the same 'black beast rapist' myth that was employed to justify lynchings all across the South.”

Like the men's KKK, Lancaster says the women's group denounced immigrants, Catholicism, Judaism, and race-mixing. Like the men, too, it had a propensity for internal corruption and scandal.

“Leadership of the organization had spent tens of thousands of dollars organizational funds for their use," Lancaster says. "Like the main Klan, the women’s KKK was in very steep decline by the 1930s, and eventually fizzling out of existence.” 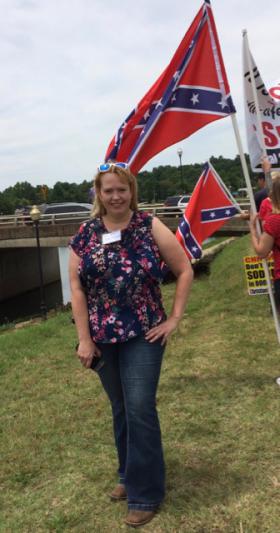 Pendergraft says it’s time for women to step up again.

“We do need more women’s involvement," she says. "And the fact is, most women are more culturally oriented, concerned about how the culture affects their families and communities.”

White Nationalists must quell violent rhetoric to attract more women to the cause, she says. They will, in turn, bring family into the movement. And the women, she says, will groom the children.

She says its not the movement that’s going to save the family, but the family that will grow the Klan and carry its agenda forward into the future.