Members of the band, which was formed in 2001, recently got back together and are performing again to enthusiastic crowds.  They will playing a free show Wednesday, Jan. 15 at South on Main in Little Rock as part of its local live series.

You can read more about the band on its website: RunwayPlanet.net. 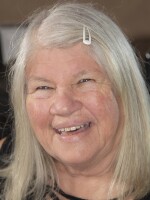 Flap Jones
Pat “Flap” Jones has hosted Not Necessarily Nashville since 1987. The program is dedicated to country music ignored by mainstream radio. Some call it Americana, but if you ask Flap, “It’s country, folk, bluegrass, rock and blues. I’m a child of the 1950s and '60s and was fortunate enough to grow up in family of music lovers. Our little record player played everything from Hank Williams and Tommy Dorsey to Elvis Presley, Chuck Berry, The Beatles and The Stones.”
See stories by Flap Jones