Governor Asa Hutchinson wants to drop the income tax rate for Arkansas’s top bracket to 5 percent and re-formulate higher education funding based on outcomes rather than enrollment. The Republican governor broadly outlined his long-term tax cut aspiration and higher education plan on Tuesday afternoon at a meeting of the Downtown Rotary Club of Little Rock.

He also commented on the politics of trade and an Ethics Commission ruling dismissing a complaint against him.

Prompted by a question from the audience, Hutchinson said his long-term income tax cut goal is lower the rate for top bracket earners from 6 to 5 percent. In 2015 he signed into law a cut that dropped the rate from 7 to 6 percent.

“I’d love ultimately to get our income tax rate down to about 5 percent. It may or may not happen while I’m governor but we have to set those goals and we have to be competitive,” said Hutchinson. “We can handle that.”

However, he called for some restraint in how to get there.

The Republican governor also downplayed calls from his right to eliminate the income tax entirely.

“I’m not naïve enough to think that without massively restructuring our whole tax system and raising the sales tax…we’re not going to be able to get it down to zero as some other states have.  We’ll be competitive if get it down to about 5 percent,” he said while also touting Florida’s zero percent income tax.

Hutchinson attempted to address critics of further tax cuts with an empathetic tune.

“There’s a lot of needs in our state and I know many of you out there are thinking that’s great to have tax cuts but we might need to have more prison space and we need to invest in education and higher ed. All of that’s true but we just got to balance our investment in the critical services of our state…with the need to be more competitive in our tax structure,” said Hutchinson.

Roughly the bottom 40 percent of Arkansans did not receive an income tax cut in 2015. Some legislators, led by Democratic State Rep. Warwick Sabin of Little Rock, attempted without success to enact a state level Earned Income Tax Credit for low-income residents.

Hutchinson said budget information collected in October will his team the basis to calculate tax cut plans for the next fiscal year.

Hutchinson announced he’s launching a push to restructure how higher education is funded in Arkansas. He told Rotarians assembled at the Clinton Presidential Library he’ll put his outcomes based funding model to the Higher Education Coordinating Board for consideration on Friday.

“Right now we have a model of education that rewards growth but does not always reward excellence. At my direction the state began to look at potential changes to that formula that would emphasize accountability, student success and degree completion. This proposed funding formula adopts an outcomes based model which will place a higher priority on program completion…instead of an enrollment centered model.”

“This is not an easy political lift,” said Hutchinson. “But it’s the right direction to allocate scarce resources in higher education.”

The governor said the state’s goal is to have 60 percent of high graduates completing a post-secondary degree or certificate by 2025. The current rate 43 percent.

Speaking with reporters after his remarks, Hutchinson said he expects some changes between the higher education board meeting and what appears in the legislature in January.

“I know what the process is like. There might have to be some negotiating between now and the session or during the session to get it all passed. But I support a new higher ed formula based upon requirements of accountability, of performance measures, and moving away simply from a formula that’s based upon attendance or that’s locked in because of historic patterns,” said Hutchinson.

“There will need to be, and that’s parts of it, is some hold harmless or we might have to look at it and whether it’s going to require any more money and whether I have to ask the legislature for any more money to accomplish it,” he said.

The governor, who spent most of his remarks touting Arkansas’s economic indicators and his trips abroad intended to attract investment, was asked to weigh in on free trade agreements like the Trans Pacific Partnership.

“In concept, absolutely I am for expansion of those trade agreements that open up more markets to Arkansas,” said Hutchinson.

“I’m hopeful that whoever is elected president will continue down the path of global trade. You can have tough agreements, you can be a better negotiator, but let’s continue to make sure those global markets are open to Arkansas. I’m pretty confident that’ll be the case,” Hutchinson concluded, “That’ll certainly be my voice.”

Last Friday the Arkansas Ethics Commission held a probably cause hearing on a complaint filed by attorney and liberal, investigative blogger Matt Campbell. He argued that a state law passed in 1915 prevents elected officials like the governor from campaigning for state candidates during normal business hours. KUAR interview Campbell last week.

Prompted by a reporter, Hutchinson said he never doubted the outcome of the commission hearing.

“I’m gratified that the Ethics Commission ruled unanimously in a 3-0 vote that it didn’t even have enough probable cause to go forward to a full hearing. It was basically a dismissal of it and consistent with a previous opinion,” he said.

Hutchinson suggested the Ethics Commission ought to be more discerning of which complaints get heard.

“It’s a little bit frustrating that we had a liberal blogger that just said we’re going to raise that issue against you and continue to raise that, but the Ethics Commission ruled the right way. I do hope the ethics commission somehow achieves the right balance between being response to citizens and investigating complaints but avoiding being used as political tools. It’s difficult to achieve but I think that’s something they need to continue to look at,” Hutchinson said.

He countered a narrative from Campbell – based on a recorded phone conversation with the governor – that he ever doubted the lawfulness of campaigning for state candidates. Campbell raised the issue after an Ethics Commission ruling regarding Attorney General Leslie Rutledge and State Treasurer Dennis Milligan campaigning for a federal (rather than a state) candidate.

Hutchinson said he was “confident” he was following the law and he’s glad he made the rounds in support of state senators liked Eddie Joe Williams of Cabot.

“This was during a critical time in the debate on Arkansas Works, the future of Medicaid in our state and the expanded population coverage. My participation in this and fighting for what I believe in, and what I believe the people of Arkansas wanted me to do, is integral to what I have to accomplish as governor. You cannot separate these two,” said Hutchinson. 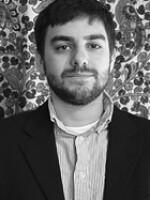