Gov. Mike Beebe on Tuesday signed into law a plan for federal Medicaid funds to be used to buy private health insurance for Arkansas adults who earn up to 138 percent of the federal poverty level.

Many legislators involved in the bill's passage stood alongside Hutchinson during the ceremony in the Governor's Conference Room at the Capitol. Rep. John Burris, senators Jonathan Dismang and David Sanders, and House Speaker Rep. Davy Carter –
all Republicans – have been seen as the main proponents convincing other Republicans to support the "private option."

“This is a victory for all of Arkansas in my opinion, and no one person or one group of people deserve all the credit for this,” Beebe said.

Officials from the state’s Department of Human Services and advocacy groups like the AARP and Arkansas Advocates for Children and Families, which had lobbied for the plan, were there to see the measures signed.

When asked about the legislative turning point in the development of the state's plan, Beebe turned toward lawmakers, Republicans and Democrats.

“I forgot which one of these two guys looked at me and said, ‘You can go get this done because of your relationship [with U.S. Health and Human Services Secretary Kathleen Sebelius],’ I said, ‘You’re crazy, I can’t work all these miracles,’” Beebe said of their prompting of him to ask the Obama Administration about the plan.

Beebe didn’t discount the efforts of his fellow Democrats, of which all members voted for the plan.

“Had those 49 Democrats not stayed strong, none of this would have happened anyway,” Beebe said, following that with a quip to Rep. Fred Smith of Crawfordsville, saying he was counting him in that 49 even though Smith was elected as a member of the Green Party.

The private option plan has become an alternative to the politically divisive Medicaid expansion which is an optional part of the Affordable Care Act. Some see the private option as an endorsement of the Affordable Care Act, while others have called it an opportunity to provide health insurance for individuals making up to 138 percent of the federal poverty level that some states couldn’t otherwise afford.

State Medicaid Director Andy Allison says other states have been interested in what Arkansas is doing throughout the plan’s development.

“I think they know – those other states – that we are entering this phase of policy implementation and nuts and bolts and they’ll be, if they continue down the path and other states follow along, they’ll be looking to Arkansas and to the federal government for the patterns that we set in this next phase just as they are considering the pattern that the legislature set in deciding to go this direction,” Allison said.

The plan, now a law called the Healthcare Independence Act of 2013, still needs federal approval. Arkansas Department of Human Services officials say they have been in close contact with Washington, but final approval could take a while.

“We plan to go up, I’d say in the next couple of weeks probably, and visit with people at HHS about the private option and see if they have questions, see if we’re headed in the right direction so when they do get the waiver there won’t be any surprises,” DHS Director John Selig said.

Selig says DHS should get the plan submitted in final form in a couple or months and would hope for an answer by October when people would begin to enroll in the plan. He said the state would have to have an answer by Jan. 1, 2014, when the plan is set to take effect. 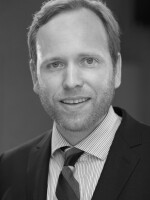