Before his run for Arkansas Governor, Mike Ross was looking forward to retirement from Congress and serving as SVP for Governmental Affairs for regional electricity transmission operator Southwest Power Pool.

The company announced on Monday that Ross was elected to that post and Malinda See as Vice President of Corporate Services.

“I am so pleased to welcome Mike and Malinda to the officer team,” said Nick Brown, SPP CEO. “They bring unique perspectives and leadership experiences that will immediately add to our already strong executive group.”

Ross was the Democratic nominee for Arkansas Governor in 2014 losing to Republican Asa Hutchinson. He served briefly at Southwest Power Pool before leaving the post to run for Governor, although he served as a consultant to the group during his gubernatorial run.

Ross will now lead SPP’s government affairs at the federal level and the eight-state region it serves, and has responsibility for the company’s external affairs, media relations, and corporate communications.

He joined SPP in 2013, after serving six terms in the U.S. House of Representatives from Arkansas’ Fourth Congressional District, including as a member of the House Energy and Commerce Committee and its Energy Subcommittee.

As vice president, See will provide strategic leadership to the organization for all aspects of human resources, payroll, facilities and administrative services. She oversees the development and implementation of human resource policies, programs and services, including employee relations; employment practices; compensation and benefits; recruitment and orientation; training and development; retention; legal compliance and procedures; and employee communications. 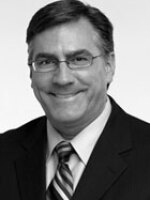