As polling has continued to show the race for Arkansas’ 2nd congressional district to be extremely tight, outside political groups have spent millions of dollars in advertising to try and influence the race. Republicans are hoping to keep the state’s congressional delegation solidly red, while Democrats view this as an opportunity reclaim a district that had been a longtime stronghold for the party.

Incumbent Rep. French Hill of Little Rock, a banker, is being challenged by state Sen. Joyce Elliot, a retired educator.

MICHAEL HIBBLEN: John, any surprise from you to see this race being so tight? We’ve had the political polling showing that the race is essentially dead heat. Any surprise to you?

DR. JOHN DAVIS: Well in regards to the polling, I think it was a surprise to many months ago when Roby Brock’s Arkansas Talk Business-Hendrix [College] poll indicated a very tight race there. Since then we’ve only seen that close proximity between the candidates in polling positions continue, and with that we’ve seen some momentum from Senator Elliott’s campaign and fundraising both nationally and statewide. And we’ve seen Congressman Hill’s support also nationally strengthen, as I think Republicans see this is the seat to hold among the U.S. house delegation in Arkansas this year. And Democrats nationally see it as sort of a surprise race that may be in their grasp this fall.

HIBBLEN: Heather, this race is getting a lot of national money pouring into Arkansas. What do you think in terms of how this is being watched nationally for Arkansas being such a solidly red state for the last decade?

DR. HEATHER YATES: So the implications of Joyce Elliott winning this election is historic for the state because the Arkansas delegation has never sent a black woman representative to the district. And so that would be phenomenal for the second district. It would also be seismic for the history of the state. That’s also why there’s been a lot of outside attraction to the race and there’s been a lot of outside money funneling into the race in order to try to flip that seat to expand the margin of Democratic seats in the house.

HIBBLEN: And obviously central Arkansas is a much more, I wouldn’t say liberal, but not as conservative as the rest of the state. John, do you think that Congressman Hill underestimated what kind of challenge he or the party might get in this election?

DAVIS: I think Congressman Hill and his campaign staff knew that with a candidate like Joyce Elliott who has a history in public service [at the] state legislative level would be a strong opponent. I would imagine that Representative Hill would be a little surprised by some of those polling results that indicate a tight race. Being an incumbent in a state where certainly the last 10 years have seen Republicans begin to dominate electoral politics, that would have to be concerning perhaps to his team. I think the story will be to what extent he’s able to do well in counties surrounding Pulaski County. I think the real question will be, and we’ve seen this in the last decade or so where the Republican candidate, whether it be an incumbent or an open seat challenger a few years back, how well can they do in those surrounding communities outside of Little Rock, outside of Pulaski County. In the last 10 years we’ve seen that those races have really been won by Republicans on those margins in that district. Pulaski County has been consistently favoring Democratic candidates in those races, so that will be a real point of interest in this race.

YATES: And to add to what has already been said about the 2nd district, I’d also like to point out that even within Pulaski County, this race is really going to come down to west Little Rock and North Little Rock too, because if we take a look at some of the more microdata we saw in 2016, that basically all of these neighborhoods north and west of Little Rock turned out for French Hill. So it’s going to come down to some of those more micro-targeted districts. So this is really where the feet on the ground are making a difference in the turnout for each candidate in this district.

Yates and Davis will join KUAR during election night to offer further analysis as results in this and other races come in. Live coverage begins at 7 p.m. 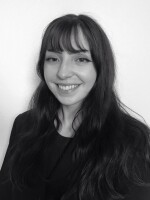