Two changes at the federal level mean most Arkansas recipients of the Supplemental Nutrition Assistance Program will see a change in benefits this month. A majority of the 160,000 households enrolled in the program should see an increase in assistance, according to the Arkansas Department of Human Services, which administers the program locally.

Formerly known as food stamps, the program covers a portion of each qualifying household’s food budget, with benefits distributed through an electronic benefits transfer card.

At the end of September, the U.S. Department of Agriculture ended a temporary 15% increase in SNAP benefits which had been put in place to help during the COVID-19 pandemic. But Mary Franklin, director of DHS’ Division of County Operations, says for most households, that will be offset by a reevaluation of the federal Thrifty Food Plan, which SNAP benefits are based on.

“They are increasing around 27%. So what families will see really in October and moving forward,” she said, “translates to what we’re going to call a modest increase for most households.”

The amounts will vary based on each household’s circumstances, and some may see a decrease in benefit amounts if their circumstances have changed, Franklin said.

DHS says some households who have children eligible for Pandemic EBT (P-EBT) from the previous school year may see those payments issued to their accounts. Most families have already received their full P-EBT benefits, the department says, though some delayed payments may still be in the process of being resolved.

Franklin says SNAP is an important program and that the department is committed to getting the assistance to those who need it. 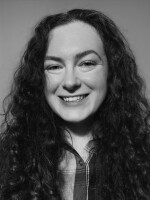