A coalition of nonprofits is working to inform voters in central Arkansas ahead of this month’s nonpartisan judicial elections.

The groups, including the Little Rock and North Little Rock branches of the National Association for the Advancement of Colored People (NAACP), the Arkansas Public Policy Panel and the League of Women Voters of Pulaski County, have developed questionnaires for candidates running for prosecuting attorney, sheriff and various positions on the judiciary.

“We also asked them questions for example about rising incarceration rates, as well as how they might divert folks with mental health conditions from the criminal justice system. We asked them, for example, how they might handle a fatal use-of-force incident involving local police,” Evans said.

Pulaski County residents can vote for two Supreme Court justices and one appeals court judge in the upcoming election, as well as local prosecuting attorney and county sheriff. Two circuit judge positions are up for grabs, which will only appear on ballots for voters in the southeast part of the county. One circuit judge and one Supreme Court justice are running unopposed.

Evans says the groups worked with the Arkansas Judicial Discipline and Disability Commission and other state regulators to craft questions that would be informative, while at the same time ensuring candidates could provide answers while still remaining impartial.

“With judges, they have to be very careful not to make statements on things that might pertain to issues on cases that come up in their courtrooms,” Evans said. “So we have to be really respectful to try to frame questions that help voters understand how they’re going to interpret the law, without putting the candidates in a position where they’re being asked to address things that just wouldn’t be appropriate.”

Arkansans will vote for judicial candidates on primary Election Day on May 24. You can find the full voter guide online at vipvoter.org/voterguide. 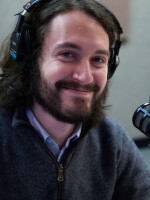