COVID-19 Inside Arkansas Prisons: The Death of Derick Coley

The largest outbreak of COVID-19 cases in Arkansas has been at a state prison in Lincoln County. 11 people confirmed to have the disease at the Cummins Unit have died. One of them was 29-year-old Derick Coley of Magnolia, who died on May 2.

“My older brother was my best friend, my everything. With him being incarcerated, he still helped me out a lot,” said Tytiuna Harris, Coley’s younger sister. “When I need to talk, when I need to cry, he was there. Even though he didn’t like it, he was there. That’s what any big brother does. Stop crying girl, stop crying. Put your head up. Dry them tears.”

She had never known him to get sick. Harris said he called her on April 10, right before her birthday. Then his family stopped hearing from him. Having heard that COVID-19 was spreading inside Cummins, Harris called the prison.

Cecelia Tate and Derick Coley were raising their 8-year-old daughter together. Tate was listed as an emergency contact, so she was the one the prison would communicate with.

Tate says a prison nurse told her Coley had tested positive for COVID-19, but that his fever had gone down and he was doing fine. However, family members of other people incarcerated at Cummins were reaching out to tell her that Coley was really sick.

Arkansas pays Wellpath, formerly known as Correct Care Solutions, about $371 per month per prisoner to provide health care. But two nurses interviewed for this report claim that Wellpath spends as little of that money as possible.

Amie Burrow worked in Arkansas prisons as a nurse practitioner for a year and a half, leaving in November 2019. She says that when she was hired, Wellpath’s regional manager told her, “As the provider, you make the decision of what's needed. If you order this, we will get it for them.”

Burrow says that did not happen. Instead, the administrator at her prison often denied requests for medical supplies or chose cheaper, but higher risk medications.

Wellpath’s contract with the Department of Corrections shows that the Cummins Unit has one doctor, fewer than four nurse practitioners or registered nurses, and fewer than fourteen licensed practical nurses, or LPNs. LPNs are neither trained nor medically allowed to assess patients without supervision. Wellpath’s policy manual is not public, but nurses say that LPNs are the ones who evaluate prisoners when they place sick calls.

Wellpath nurses say they were told that a prisoner has to make three sick calls for the same symptoms before they are scheduled to see a doctor or nurse practitioner. Burrow says the time between each of these steps adds up.

“Say they followed that exact process, then it’s a minimum of 10 days before you could see a patient, but a maximum of 20,” Burrow said.

Nurses say that due to understaffing, Wellpath prison infirmaries are often hundreds of sick calls behind. The prisons switched to a mostly electronic sick call system three years ago, but people in isolation do not have access to the kiosks. Burrow and another nurse allege that to avoid fines from the Department of Corrections for seeing people late, Wellpath staff sometimes shred paper sick calls without scanning them into the system.

“There's no tracing of these handwriting sick calls,” Burrow said. “I witnessed them shredding sick calls. They would look at the name and not the complaints and would say... I don't want to deal with them and shred it.”

Burrow also says she saw black prisoners get neglected while white prisoners with equivalent needs got treatment. She saw people with life sentences get turned down for operations while others with less severe health issues got what they needed.

Department of Corrections Secretary Wendy Kelley declined to be interviewed for this story, but said in a written statement that the department denies the allegations. Asked what measures the department has in place to ensure that Wellpath staff are not shredding sick calls before scanning them and that prisoners are not treated differently based on race or sentence, Kelley said: "We would certainly investigate such abuse of process if we received any evidence or specific reports substantiating these claims. We have not."

Each sick call costs prisoners $3, which can add up for a population paid nothing for their daily work. The Department of Corrections eliminated the copay on March 23 due to COVID-19. However, Secretary Kelley reinstated the fee on May 1.

In an internal email obtained for this report, Kelley said the medical staff was flooded with requests to be seen. She said the fee would continue to be waived for inmates with COVID-19 symptoms, but nurses would be the ones to determine whether someone’s symptoms were COVID-related.

Medical records show Derick Coley was too weak to walk to the infirmary the day he was tested for COVID-19. He was quarantined in isolation. For the next two weeks, nurses’ notes claim Coley had no complaints. But another prisoner who was in isolation at the time said prisoners near Coley had been asking nurses to evaluate Coley, who they saw getting steadily weaker.

Two Division of Correction inmates have been pronounced dead at a local hospital. Both inmates were being treated for COVID-related symptoms. Click below for more details: pic.twitter.com/m9pi4YXq7q

Arkansas Department of Corrections Director Dexter Payne said the unrest was quickly dealt with and no one was injured, but leaked photos show injuries from rubber bullets, and prisoners report mace or tear gas was so intense that many struggled to breathe.

“We started to smell it down here in the barrack 15 where I’m at, and it was beginning to choke us down here,” remembers DeMarco Raynor, who is incarcerated at Cummins. “I was shocked that they had put tear gas out there, knowing that almost 900 people are positive for a respiratory virus.”

Tear gas irritates the eyes, throat and lungs, and can make it hard to breathe. It can also permanently damage the lungs. Records were requested for this report regarding the extent to which prison staff used rubber bullets, mace and tear gas that night. Department of Corrections staff said they would send the records by May 29, but still have not.

The coroner’s report said staff were moving Coley to another part of the prison around the time of the unrest when he had a medical episode. Medical records say that when nurses arrived, Coley was on the floor outside the prison’s isolation unit. His lips were pale and he was struggling to breathe.

It appears the most trained medical staff in the prison that night were licensed practical nurses. The only physician for Cummins, who records say the nurses were in touch with that night, has a revoked medical license. The Arkansas State Medical Board has given him permission to keep practicing as long as he reports to them. His license has been revoked three times over the last 20 years due to drug use, including treating patients while under the influence. It was last revoked in 2018.

The coroner’s report notes that Coley has no medical or surgical history, had tested positive for COVID-19, and that he died that night. The Department of Corrections said no one was injured in the unrest and that it did not consider Coley’s death to be COVID-related.

The Division of Correction is announcing additional inmate deaths. Two of the deaths being ported today are inmates who were being treated for #COVID19 related symptoms. All families have been notified. Click below for more details: pic.twitter.com/adACCAJL9K

The autopsy report determining cause of death has not yet been released, though Coley’s body has already been cremated.

Derick Coley had been eligible for parole since June 2017, but he had been denied each summer since then. Cecelia Tate, the mother of Coley’s daughter, says he hoped to come home this month. Instead, she got his belongings from the prison.

“I just got his bible. I got his glasses, two radios, and I think that was it.”

Tate says Coley wanted to one day open a barber shop. He had told his eight-year-old daughter that they could be in business together when she was older. He could cut hair and she could do nails. Instead, she is getting her dad’s ashes.

“Everyone will get a little urn,” Coley’s older sister Shatasha Harris said. “His baby wants a necklace and an urn. We’re giving her her first choice.”

Harris says she and Coley had plans to take their kids to a beach this summer. He had never been to one and wanted to see more of the world. When the COVID-19 pandemic is over, she plans to take her portion of his ashes and release them over the ocean.

Cecelia Tate is focused on getting through each day and supporting her daughter as she grieves.

“We’re going to miss him. I know he put up a good fight. I know that,” she said.

This reporting is supported by the National Geographic Society's COVID-19 Emergency Fund for Journalists. 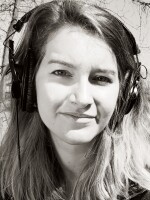