One day after a sergeant with the Lonoke County Sheriff’s Office was fired regarding the shooting death of a 17-year-old during a traffic stop, a memorial service is planned for Friday evening in Beebe, Ark. The funeral for the white McRae, Ark. teeanger, Hunter Brittain, is scheduled to take place Tuesday, with nationally-known civil rights activist Rev. Al Sharpton expected to speak.

Sheriff John Staley announced in a video posted to social media Thursday that Sgt. Micheal Davis was terminated for violating department policy by not turning on his body camera before the encounter with Brittain. Meanwhile the district’s prosecuting attorney is asking a special prosecutor to determine whether the former officer will face criminal charges.

The teen’s uncle Jesse Brittain has said he was unarmed and holding a can of antifreeze after working on his truck when he was shot three times by Davis. The family has chosen to be represented in court by attorneys Benjamin Crump and Devon M. Davis who have handled several high-profile civil rights cases such as the Trayvon Martin and Ahmaud Arbery cases.

Most recently, the attorneys represented the family of George Floyd, a Black man who died after a white Minneapolis police officer knelt on his neck for nine minutes. The former officer involved in that incident, Derek Chauvin, was convicted of second degree murder and sentenced last week to 22 years in prison.

Crump released a statement on Thursday evening, after Staley’s announcement of the firing of the deputy, approving the sheriff’s actions.

“Body cameras are, in the overwhelming majority of cases, the only way to see the unbiased facts surrounding a police and civilian encounter resulting in injury and/or death. When officers turn their body cameras off, they turn off their intent to be transparent along with it,” the statement said.

The lawyers are not the only civil rights leaders who have come out in support of the white Arkansas teenager’s case. The Jacksonville, Ark. chapter of the National Association of the Advancement of Colored People has expressed condolences for Brittain’s family and friends, and pledged to stand alongside them in their fight for justice in his death.

The sheriff’s office says on June 23, the teenager was pulled over for a traffic stop at approximately 3 a.m. on Arkansas 89 south of Cabot. The stop resulted in Sgt. Davis discharging his weapon, with the teenager dying at a North Little Rock hospital.

That evening a crowd of about 200 people gathered outside the Lonoke County Sheriff’s Office to protest the shooting. Chants of “No justice, no peace” could be heard by the crowd.

Reginald Ford, vice president of the NAACP chapter, said in an interview with KUAR News on Thursday that he felt the mostly white crowd using a chant often heard during George Floyd demonstrations was appropriate given Brittain’s situation.

“It doesn’t bother us at all. We don’t have a problem with that because — equity — it’s not tied to just one group of people,” Ford said.

Asked why the NAACP felt the need to become involved in Brittain’s case, since the deceased is a white teen, Ford said it all comes down to equity.

“I think the premise is that the NAACP only cares about equity when it comes to minorities and that is untrue,” Ford said. “I think that’s an idea that’s been propagated too much. We deal with equity regardless of who it is. There’s no real difference, really.”

A press release from the group said members are monitoring the situation and are reassured that authorities say there will be a thorough investigation into the death. “We stand with the family of Hunter Brittain. As a civil rights organization, equity for all people regardless of race is of the utmost importance,” the press release read.

Sheriff Staley said in an exclusive interview on Wednesday, that he welcomes the NAACP’s involvement in the family’s hunt for justice.

“They want the same thing I want. I want to do what’s right and not what’s easy. That’s why we immediately called the state police to do an investigation,” said Staley.

On the evening of the shooting, Staley was seen outside talking with protestors and members of Brittain’s family. The next day, crowds had grown outside the sheriff’s office and some protestors had gotten more hostile, doing burnouts in the parking lot. However, Staley says that things have since been calmer, though nightly protests continue.

“The family is hurting and they’re grieving and they want the same answers I want. But yes, things have calmed down,” said Staley.

In addition to rumors that ran amok on social media regarding how the shooting happened, many comments were made regarding the handling of the protestors by the sheriff’s office.

Some people have inferred that if the protestors had been Black, the sheriff might not have handled the protestors as peacefully as he had the white protestors. When asked about that, Staley said simply, “Not true.”

“This process would be the same. We just want everybody to be peaceful. I know people are hurting. This does not have anything to do with race. It has to do with right and wrong,” said Staley. “It doesn’t matter who’s sitting out here. I welcome them to sit here. I welcome them to rally, to be heard, and I just want them to do it without tearing things up and without violence.”

When asked if the NAACP’s press release meant the issue of injustice at the hands of the police was no longer an issue of color, Ford said “injustice doesn’t have a color that we can assign it.”

According to the teen’s obituary, Friday’s memorial service will take place from 6-8 p.m at Smith-Westbrook Funeral Home in Beebe. Tuesday’s funeral is scheduled to be held Tuesday, July 6 at 12:30 p.m. at Beebe Schools Auditorium. 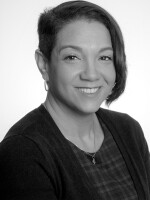